Wind and Snow Ratings for Metal Buildings in NC 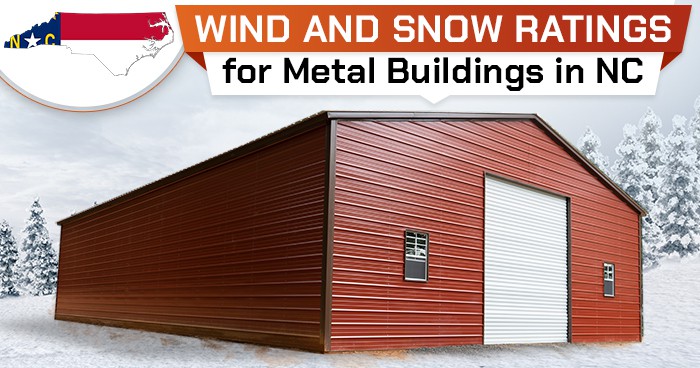 Winter is Coming to NC … In Fact, Winter is Here!

After a long, pleasant summer and a fairly mild fall, cold temperatures and winter weather have finally arrived in North Carolina. We’ve already gotten one snow so far, and a more significant frozen precipitation event is being forecast for much of NC this coming weekend. Snow! Ice! OMG! Exciting!

General standards have been developed for cold-formed steel tubing as a building material, but there are also some specific engineering and design guidelines that go along with the construction of any particular metal structure. To that end, most any building must meet certain building codes and load requirements, depending on the codes and regulations set by local municipalities, counties, and the state. Since many buildings are primarily intended to provide reliable shelter for people and property, each building should be constructed to meet a baseline of minimum standards.

Loads speak to a building’s ability to protect against various weights and forces which can be exerted on the building, like dead load, live load, etc. There are also load considerations which apply to specific forces of nature, like wind, snow, and seismic activity. Here’s a quick survey of some major building load categories:

Dead load describes the weight of the structural components themselves. Total dead weight is one factor that must be taken into consideration when measuring the structural integrity of a building.

Live load refers to any temporary load placed on a building, including things like building occupants, furnishings, equipment, materials, and other types of variable weights.

Collateral load accounts for the weight of other permanent materials which aren’t part of the support structure. This includes ceilings, sprinkler systems, mechanical systems, electrical systems, etc., which are distributed evenly across the building. 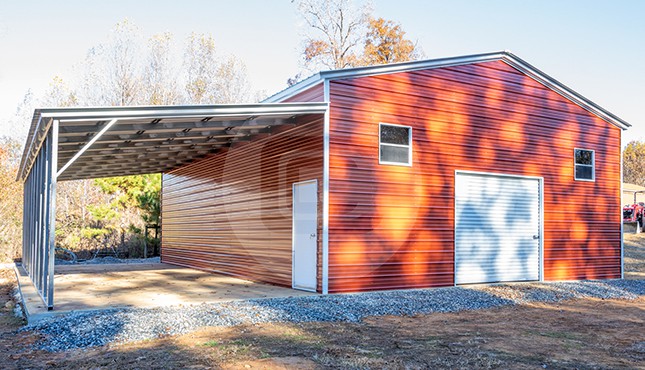 Metal structures should be able to withstand the force of wind blowing in from any direction. Most areas of the country have some sort of minimum wind load rating as part of their building code. Some regions (like Florida) which are more prone to hurricanes, tornadoes, and significant wind events mandate a higher minimum wind load rating.

Snow load takes into account a building’s ability to support the vertical load of accumulated snow on the roof, as well as the weight of any snow that may drift and exert force against the side of a building. Snow load requirements can vary widely by geographic region.

Not all areas are typically prone to extreme seismic activity, but earthquakes are still a possibility most anywhere. For this reason, many areas have established minimum seismic load requirements for buildings.

A Closer Look at Wind and Snow Threats in NC

In terms of forces of nature loads, the two which are most relevant to North Carolina, and to the East Coast in general, are wind and snow. Let’s start by looking at wind threats. While North Carolina and the Southeast aren’t technically considered to be part of Tornado Alley, we do still get tornadoes here. NC averages 31 tornadoes per year, ranking the state #17 in the nation for tornado frequency. And let’s not forget about hurricane season. Only three states – FL, TX, and LA – rate above NC for hurricane frequency. Nearly 20% of all US hurricanes make landfall in North Carolina; it’s no wonder that our NHL team was dubbed the Carolina Hurricanes!

While high winds are a potential threat for NC homeowners and businesses year-round, snow threats are generally limited to the winter season. But even so, we have received significant snowfall in the past during late fall and early spring. As recently as 2018, the NC foothills received 18 inches of snow in a 2-day storm event which occurred nearly two weeks before the first day of winter. And the March 1993 Storm of the Century produced a swath of snow which ranged from 6” across the Florida panhandle to SEVERAL FEET of snow in parts of NC, and it brought snow all the way up the Eastern seaboard. So yes, it does still snow in the Old North State, and sometimes that snow does accumulate!

Do I Really Need a Certified Metal Building in NC?

That’s a really good question. Does your metal building need to be certified? What certification means is that an engineer has professionally designed your building to meet or exceed specific minimum wind and snow loads. While certification isn’t universally required in every area of the state, many local building codes do require it. Much of it has to do with where you’re installing your building, and how you intend to use it. But whether certification is a legal requirement for you or not, certified metal buildings really make good sense. If you’re already considering making an investment in a metal building solution to meet your residential, agricultural, or business needs, why wouldn’t you want to choose the toughest, most durable building design available? Choosing a certified NC metal building means your structure will be built to a higher standard in terms of strength and resilience, which means you’ll have greater peace of mind no matter what Mother Nature decides to throw your way. 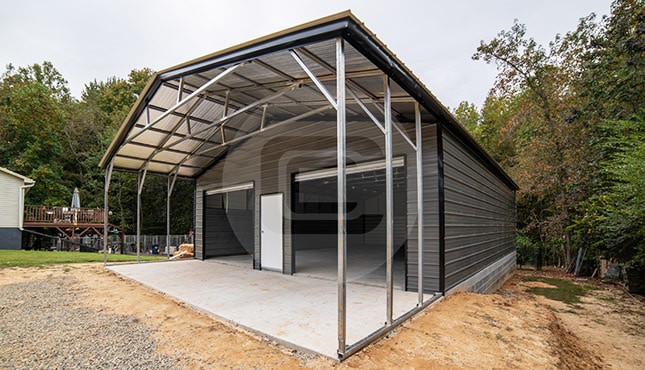 If you’re reading this and you’re located in North Carolina, you might want to go ahead and stock up on some bread and milk before this weekend’s snow arrives. But if you’re ready to get the best custom prefab metal building solution to protect both people and property from the next wind event, snow event, or other storm threat, then connect with us at Carport Central now!

But what about certified metal building kits? Yep, we can provide you with one of those too, if you’d prefer to just install it yourself. Every metal structure we provide is custom made-to-order, and our buildings are designed to meet or exceed all local building code requirements. Whether you need a garage, barn, utility building, workshop, retail storefront, warehouse, manufacturing facility, production facility, office, barndominium, metal home, OR carport – we’ve got you covered! Our headquarters are right here in NC, but we also serve nearly all of the continental United States.

Got questions? Ready to get started? You can reach out online, or just give us a call at (980) 321-9898 to speak with one of our friendly building experts today.

And remember, Carport Central is about much more than just selling metal buildings. We’re Here to Provide Shelter for Your Way of Life!