Partnering with The Mariners’ Museum to Help Preserve Nautical History

By Carport Central   |   Posted In: Installations
: 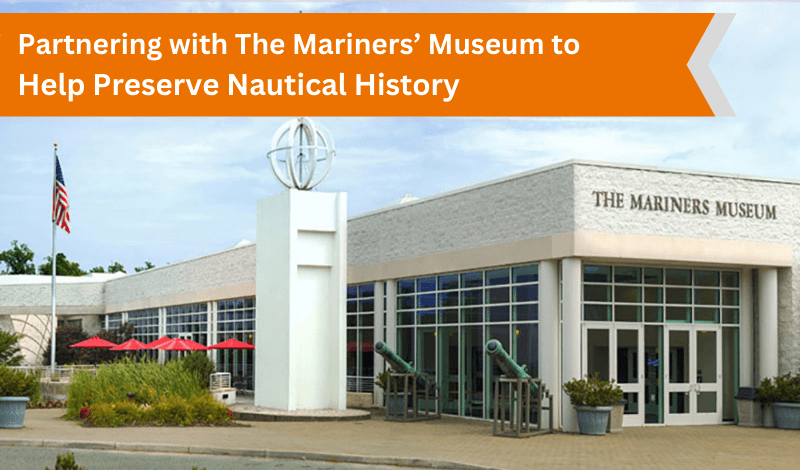 Ever been to The Mariners’ Museum and Park in Newport News, VA? They exist to connect people to the world’s waters, because through those waters and through our shared maritime heritage, we are connected to one another. The organization was chartered way back in 1930, and they’ve been advancing nautical topics and appreciation for nautical history for nearly a century! In fact, the U.S. Congress has designated The Mariners’ Museum and Park as one of two institutions that together comprise “America’s National Maritime Museum” (the other is South Street Seaport in New York City).

One of The Mariners’ claims to fame is their massive Batten Conservation Complex. It originally opened in 2007 to conserve artifacts from the wreck of the USS Monitor, the first ironclad warship to be commissioned by the U.S. Navy in 1862. The Monitor represents the world’s largest marine archaeological metals conservation project. More than 210 tons of historically significant material have been recovered, including the Monitor’s revolving gun turret, two Dahlgren guns, the ship’s steam propulsion engine, and many other pieces of machinery and personal effects from the crew.

If you’re looking to plan a visit, there are tons of things to see and do at The Mariners’ Museum and Park. Museum admission only costs a dollar, and Park admission is free. You could literally spend hours here, and still not see it all!

So, what does all this have to do with Carport Central? That’s a great question, and it’s really a pretty cool story. Several months ago, representatives from The Mariners’ Museum and Park leadership reached out to us because they were in need of a special metal building for a special museum project. Special metal building projects are our specialty at Carport Central, so senior building specialist Ryan Griffin was more than happy to respond.

The project? Providing a metal building cover to protect Nishimura 3746. No. 3746 is a Japanese mini-submarine built by Nishimura Ishimatsu in 1940. This wasn’t a WWII attack submarine, but rather was designed for exploration, salvage, and radar testing. After the war and subsequent Japanese disarmament, it was decided by the Allies that this sub would be sent to the U.S. for research and display, and it’s been at The Mariners’ Museum since 1946. You can learn more about the Nishimura 3746 story here. It is believed that this vessel is the oldest surviving ship from the Japanese Imperial Navy.

The Nishimura 3746 was on outdoor display for decades, and was eventually moved into storage sometime after 1973. The sub went through some general exterior maintenance while outdoors, but The Mariners’ Museum efforts to rehouse all important outdoor artifacts eventually came to include the proper conservation of this Japanese mini-sub, as well.

And that’s where Carport Central was invited to come in and provide assistance. The Mariners’ Museum’s long-range plan is to place this artifact on indoor display. But in the meantime, the museum required a cover to be installed to protect the mini-sub from the elements. And nobody knows outdoor covers better than Carport Central!

We were able to design and install a 50’ x 61’ metal structure that would not only be big enough to house this Japanese mini-sub, but would also provide space left over for protecting other important artifacts like some few remaining anchors, along with an iconic steamboat walking beam engine.

Take a look at the metal building we delivered for The Mariners’ Museum. It features our strongest vertical roof design, and is roomy enough to accommodate other future applications for the museum, too. This is a roof-only structure for now, but The Mariners’ Museum is already making plans and also raising funds to have us come back and fully enclose the structure in the near future. That way, the building will be ready for finishing for climate control purposes, as well.

Howard H. Hoege III, President and CEO of The Mariners’ Museum and Park, recently noted that the installation of this metal building from Carport Central is a significant milestone in their collections-based efforts. Got some special vehicles or other personal items you need to keep under protected cover at your home or place of business? We’ve got you covered!

In fact, you can even draw up your own perfect steel structure to meet your needs with our exclusive 3D Building Designer. We can take whatever building design you create, and use that to get your building order started – it really is that easy!

And if having some good financing options are important to you, just know that Carport Central happens to offer the BEST metal building financing plans around! We provide custom steel structures of all shapes and sizes to meet any building application you have in mind, including residential, agricultural, commercial, and industrial. Nobody beats our engineering and customization options, and nobody else matches our standards for personalized customer service, either.

Why wait? Just give us a call today at (980) 321-9898, and let us provide you with a perfect building solution in 2023. Experience the Carport Central difference for yourself!

*All images are courtesy of The Mariners’ Museum and Park